This is a game I designed during my full time position as a Designer at a digital company in London, UK. Sante Safari is a serious game which is part of the Project Manager Simulation I also designed for the same client.

Sante Safari is a serious game directly accessible via the virtual smartphone integrated in the project management simulation. The app is all about project management and is divided up into several mini games. The game progression is presented as a safari in which the user progresses and collects different objects. For this project I was in charge of the game concept and mechanism, the UX and the UI design. 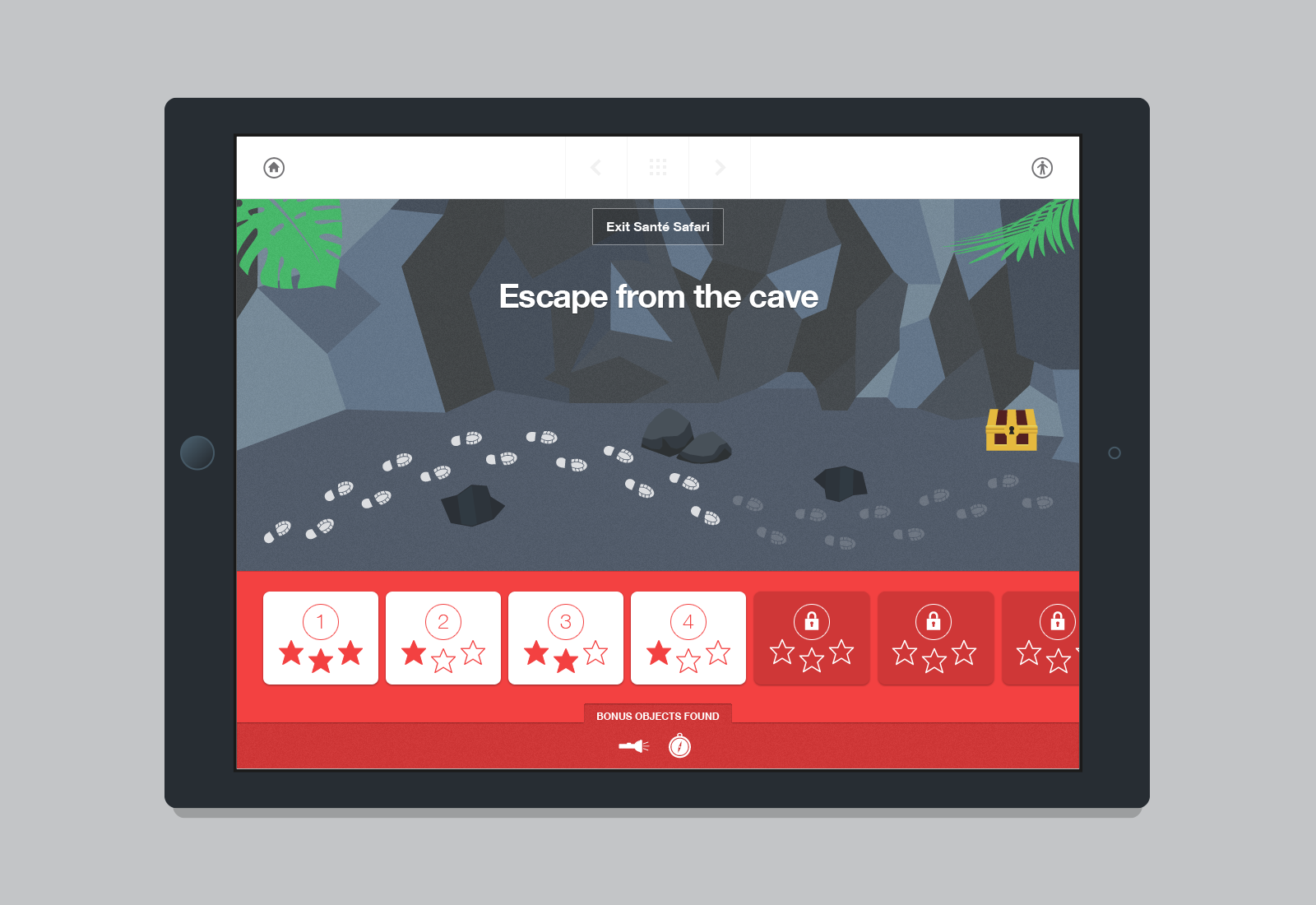 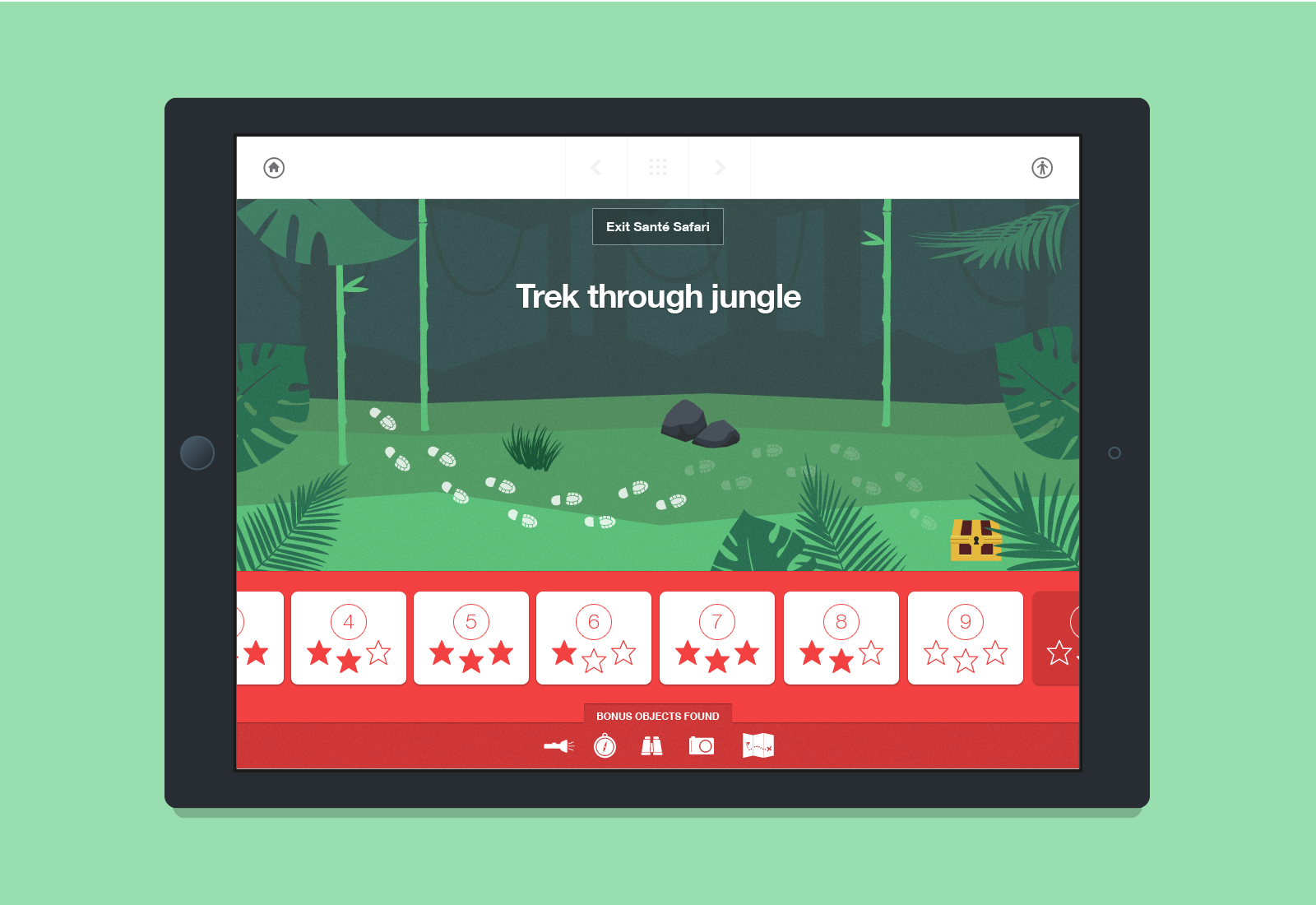 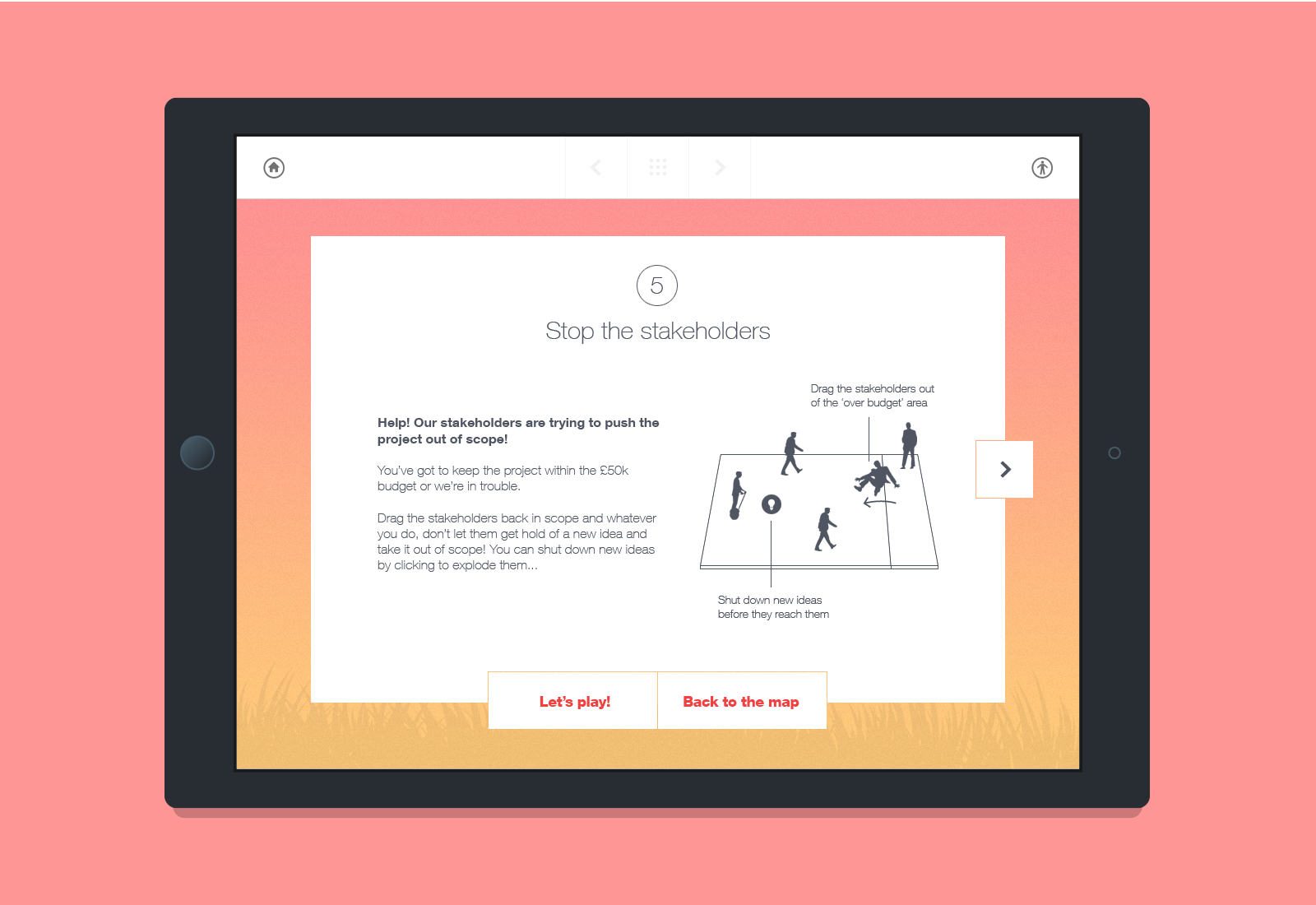 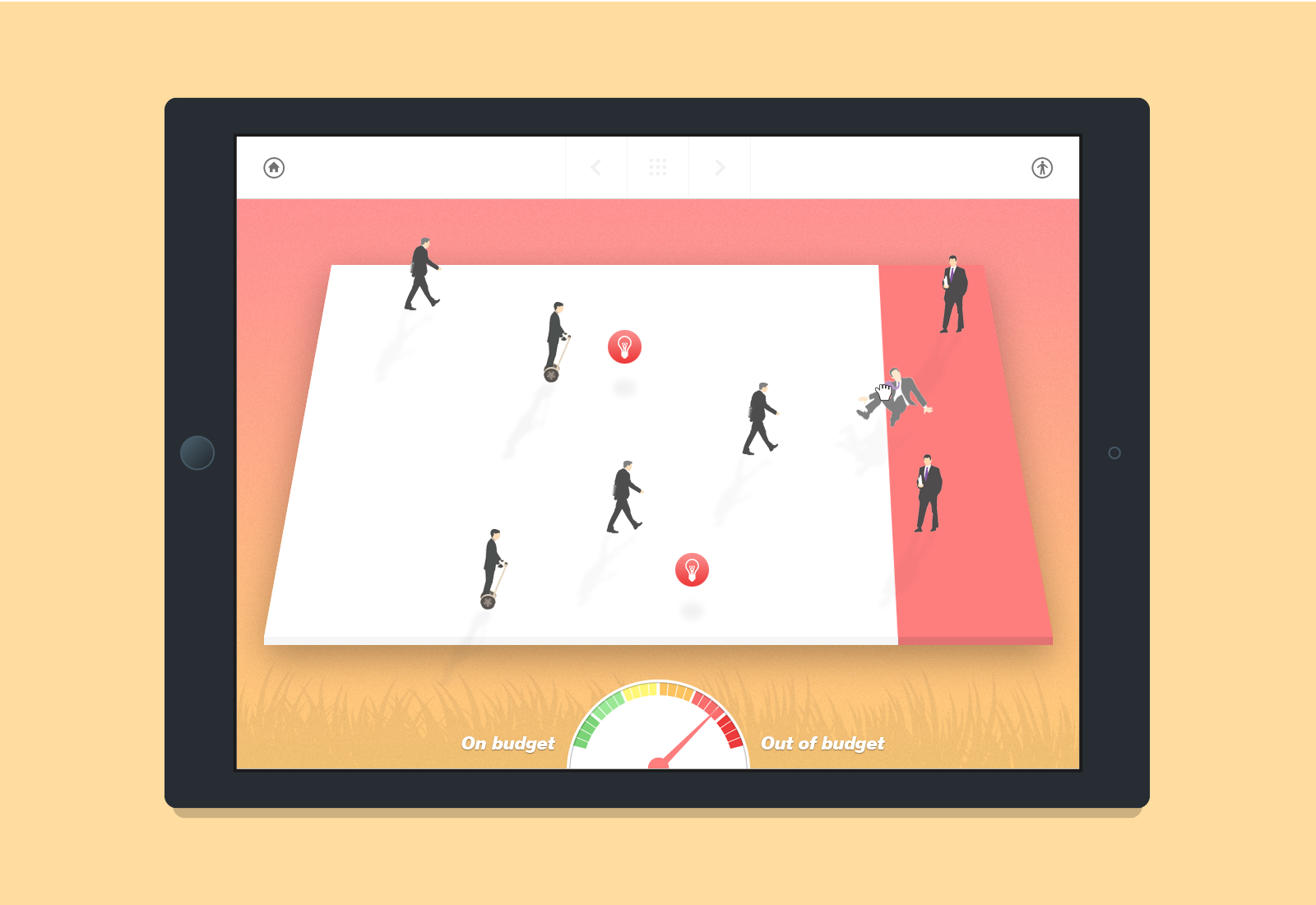